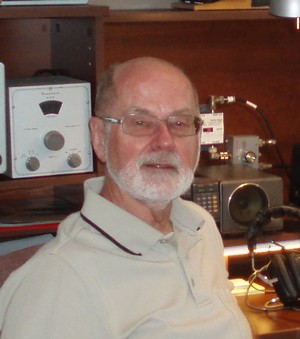 Grew up in Ottawa

I am a member of RAC as well as QCWA and Chapter 70. I served on the Organizing Committee (Printing) for the QCWA 2004 International Convention and was the banquet speaker on “The Diefenbunker and its Cold War Role and the Restoration Efforts”.

At the Chapter 70 May 2008 dinner meeting my presentation was “Adventures From The Coldest Part of the Cold War”, dealing with my time on the DEWLine as their youngest radician (at the time).

My QCWA “60 Years Licensed” Certificate was presented in January 2017.

You can check our my radio website at www.VE3UU.com for more information and pictures of my station over the years, or visit my DEWLine website for some insights into working in the Arctic during the Cold War.

In a twist of fate, in 2021 I took over the chapter website duties from Doug Leach who became a silent key in 2020. Doug was not only a close friend but was my best man at my wedding. I have the opportunity to carry on his stellar work.