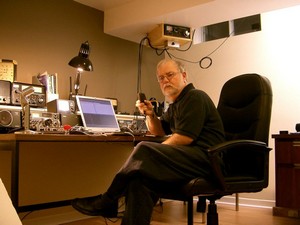 Grew up in the Toronto area.

While at RCMP I have been an active promoter of amateur radio to fellow employees and engineering work-term students, many of whom now have their amateur radio certificates.

Member of ARRL and RAC. Serving as RAC Vice President – Industrial Liaison and represent RAC and Canada’s amateurs to Radio Advisory Board.

Member of OVMRC and OARC

Also member of QCWA and Chapter 70. Was presented with QCWA “40 Years Licensed” lapel pin at the Chapter 70 May 2006 dinner meeting.