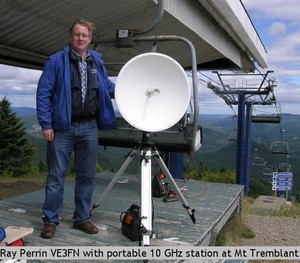 Grew up in Toronto, Ontario

Member West-Side Radio Club (Toronto) in 1963 and obtained license after following course put on by club.

Member of ARRL and CRRL and served as CRRL Director for a decade prior to the merger with CARF. In that time, provided Government Liaison for CRRL and represented CRRL on the Radio Advisory Board of Canada (RABC).

Appeared as expert witness in the Ravenscroft interference case.

Have been interested in weak-signal SSB/CW VHF/UHF operation for many years. Have worked 40 US states on 2M.

Member of QCWA and Chapter 70.