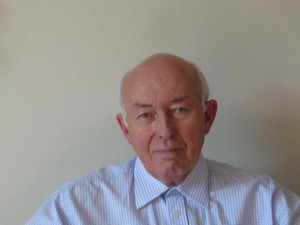 Presently use an Icom IC-746 transceiver, an Icom IC-27H, an Icom IC-T7A, and an assortment of homebrewed power supplies, antenna tuners and antennas. Operate from 160M to 70cm, including PSK31 on the HF bands.

Member of RAC and ARRL.

Joined QCWA and Chapter 70 in May, 2011 and has received the 50 Year Licensed pin and Golden Certificate.