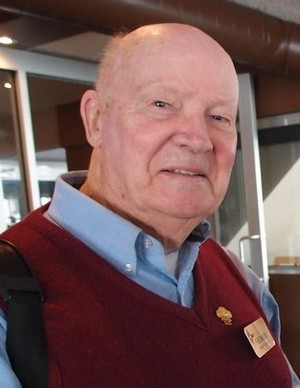 For 14 years served as Radio Amateurs of Canada delegate to RABC EMC Committee and was chairman of that committee for two years.

Wrote "CROSSWAVES" column in The Canadian Amateur for 12 years and devoted 35 years to resolving RF Interference/EMC related problems for amateurs and commercial clients.

The Ralph Cameron Laboratory at University of Vermont, E.M. Luce Center for Speech and Hearing studies is the result of the successful consultation which resulted in considerable savings during construction of their new language training facilities.

Have consulted on problems associated with proximity of transmitters to consumer electronics and assisted Industry Canada in resolving these conflicts.

Have acted as a Court "expert witness" in two legal cases involving lack of EMC in consumer electronic equipment.

Currently volunteer as an operator at the Diefenbunker Museum.

Member of QCWA and one of the twenty-one Charter Members of Chapter 70.

Was in charge of prizes in the QCWA 2004 International Convention Organizing Committee. At that convention gave a presentation on “Airborne Equipment”.