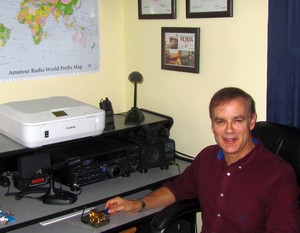 Active on HF – Have earned WAS and DXCC.

Member of QCWA and Chapter 70, Radio Amateurs of Canada.

Past member of the Lakehead Amateur Radio Club.

My wife Coral is VA2CS.